The Vamps are a British pop rock band consisting of members Brad Simpson (lead vocals and guitar), James McVey (lead guitar and vocals), Connor Ball (bass guitar and vocals) and Tristan Evans (drums and vocals). They formed in early 2012 and signed to Mercury Records in November that year. The Vamps supported McFly on their Memory Lane Tour in early 2013. They also performed at several festival-style events around the UK as support acts for bands such as The Wanted, JLS, Little Mix, Lawson and Demi Lovato

In 2011 James McVey was already managed by Richard Rashman and Joe O'Neill of Prestige Management. Deciding he wanted to form a band, McVey subsequently discovered Bradley Simpson through YouTube. Together, the pair wrote songs towards the later months of 2011, with Simpson later becoming lead singer. In 2012, Simpson and McVey met Tristan Evans through Facebook. The trio then met Connor Ball via a mutual friend. In mid-2012, the band started uploading cover songs to their YouTube channel.

On 22 July 2013, the band uploaded their first original song, "Wildheart" (later re-titled "Wild Heart"), onto their YouTube account; the video receiving over 46,000 views within the first two days. On 6 August 2013, they released the music video for their debut single "Can We Dance", which received over 1 million views within two weeks. "Can We Dance" was released on 29 September 2013 and debuted at number two on the UK Singles Chart on 6 October 2013; beaten to number two by OneRepublic's "Counting Stars", which sold 1,250 copies more. On 19 November 2013 the band announced they would release their debut album around Easter. On 22 November 2013, The Vamps announced that their second single would be "Wild Heart". The song received its first airplay three days later and was released on 19 January 2014, peaking at number three on the UK Singles Chart the following week.

On 13 March 2014, The Vamps announced that their debut album would be released on 14 April 2014. On 22 March, it was revealed the album would be titled Meet The Vamps. On 6 April, they released "Last Night" as the third single from the album. It debuted at number two in the UK. On 17 April, Meet The Vamps debuted at number two on the Irish Albums Chart, kept off the top spot by Paolo Nutini's Caustic Love. The same album beat The Vamps to number one on the UK Albums Chart.

In May 2014, it was announced that The Vamps would be making a cameo appearance in the soap opera, Hollyoaks on 14 May 2014. Hollyoaks released a teaser clip about The Vamps' appearance on YouTube. They were seen getting a picture with Peri Lomax (Ruby O'Donnell) as she goes to their concert with Sienna Blake (Anna Passey).

On 18 May 2014, a new version of "Somebody to You", featuring American singer Demi Lovato, was released as the fourth single from Meet the Vamps as well as their debut single in the United States followed by an EP of the same title in August 2014. The collaboration also served as the lead single from the US version of the Vamps' debut album. Its accompanying music video has since accumulated over 108 million views on YouTube.

On 12 October 2014, a new version of "Oh Cecilia (Breaking My Heart)", featuring Canadian singer Shawn Mendes, was released as the fifth and last single from their album. It debuted and peaked at number nine on the UK Singles Chart, becoming their fifth consecutive top 10 single. It was released with the b-side track "Hurricane", from Alexander and the Terrible, Horrible, No Good, Very Bad Day soundtrack.[19] The music videos for both tracks were released one month earlier.

On 4 November 2014, Meet the Vamps was officially released in North America.[20] On 1 December 2014, the album was re-released as Meet the Vamps (Christmas Edition), including eight Christmas bonus tracks and the single version of "Somebody to You", being available worldwide apart from the United States and Mexico.

In February 2015, The Vamps announced that they had launched their own record label along with Universal Music and EMI Records, having signed the American pop-rock band The Tide as their first act, but the label didn't have a name yet. Only in October, it was revealed it would be called Steady Records.

On 15 September 2015, the band announced their new single "Wake Up" which was released on 2 October 2015. Their second studio album, "Wake Up", was released on 27 November 2015. They performed at fanfests in Europe and embarked on a world tour called Wake Up World Tour which started in January 2016 to promote the album. The song debuted and peaked at number 12 on the UK Singles Chart and the album debuted at number 10 on the UK Albums Chart, selling over 27 thousand copies in the country in its first week. The second single off the album, "Rest Your Love", was released on the same day as the album.

In December 2015, The Vamps announced that they had signed the British band New Hope Club and that they would be one of the opening acts in the UK leg of their Wake Up World Tour.

In January 2016, The Vamps released their version of "Kung Fu Fighting" for the animated film Kung Fu Panda 3, which was accompanied by a music video. On 1 April 2016, a new version of "I Found a Girl", featuring Jamaican rapper Omi, was released as the third and last single off their second album. The song debuted at number 30 on the UK Singles Chart. On 16 August 2016, The Vamps were featured on Vishal Dadlani & Shekhar Ravjiani’s song "Beliya", a Bollywood-pop song.

On 7 October 2016, The Vamps announced in a livestream via Facebook that the first single of their third studio album, both with no names revealed at the time, would be released on 14 October 2016, with an exclusive release on Capital FM on the previous day.On the same day, hints of the name and lyrics of the single started being posted on the band's social medias and Spotify, following the same style as the hits for "Wake Up" single and album in September 2015. It was also announced that the album would be out in Summer 2017. On 12 October 2016, the band announced via livestream that the single would be called "All Night" and would be a collaboration with Norwegian DJ Matoma. The song peaked at number 24 on the UK Singles Chart, number six on the Irish Singles Chart, number 13 on the Norwegian Singles Chart, number 12 on the New Zealand Singles Chart, and also became their first entry on the Canadian Hot 100 chart, peaking at number 72. It became the most charted and certified single of the band and their most streamed song on Spotify. On 20 October 2016, The Vamps released their autobiography The Vamps: Our Story 100% Official, which had been announced months earlier.

"Middle of the Night", a collaboration with Danish DJ Martin Jensen, was announced as the second single of the album on 21 April 2017 and was released on 28 April 2017, the same day their Middle of the Night Tour started. During the first show of the tour, it was announced that the name of their third album is Night & Day and will be released in two parts. The first part, Night Edition, was set to be released in July 2017 and the second one, Day Edition, was set to be released in July 2018. On 3 May 2017, a video explaining more about the album was uploaded on their social media. On 19 May 2017, Swedish DJ Mike Perry released the single "Hands", a collaboration between himself, The Vamps, and American singer Sabrina Carpenter, which was included in the album. The first part of the album, Night Edition, was released on 14 July 2017 and debuted atop the UK Albums Chart, becoming the band's first number one album.

On 20 April 2018, the band released the singles "Too Good to Be True", "Personal", "Hair Too Long", and "Just My Type" from their album's Day Edition. On 13 July 2018, they released the Day Edition album which debuted at number one on the Official Scottish Albums Chart and number two on the UK Albums Chart.

The Missing You EP was released on 25th April 2019. The four-track EP consists of title track "Missing You", "Right Now" (a collaboration with Krept and Konan), "Waves", and an acoustic version of "All the Lies". The EP marked the band taking charge of their music and creative direction as they co-wrote and co-produced the entire body of work. On 30 July 2020, they announced their fifth studio album, Cherry Blossom. The lead single "Married in Vegas" was released on the same day as the album pre-order. The album was released on 16 October 2020  and debuted and number one on the UK charts. The album later set the record for the largest drop from number one in UK history in its second week, dropping 71 places to 72 in the album charts.

GO STREAM CHERRY BLOSSOM BY THE VAMPS ON ANY PLATFORM!!! 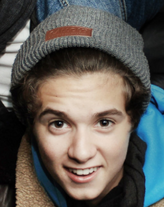 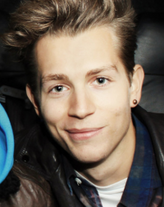 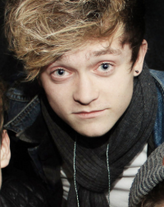 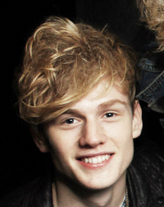 Retrieved from "https://thevamps.fandom.com/wiki/The_Vamps?oldid=8186"
Community content is available under CC-BY-SA unless otherwise noted.